COSTUME MAKING WORKSHOP AT THE RSC

After we had looked at the costume exhibition I had the chance to learn about making costumes at a workshop. The workshop took place in a room where there were lots of examples of different parts of costumes including wigs, shoes and jewellery. We watched a video of a dresser helping an actor get ready to go on stage. 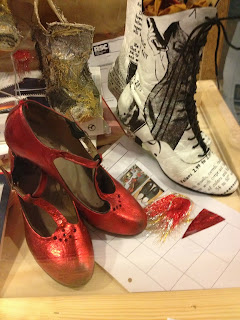 The people running the workshop were from a theatre company called The Wrong Crowd. One of the ladies was a director and the other was a costume designer who often makes puppets.They told us that we could have a go at making costumes and props of either a fairy or Bottom's donkey ears from a Midsummer Night's Dream or a witch from Macbeth. They gave us lots of ideas for making hats, masks and creepy hands using gloves and a special foam material. I decided to make a mask of a witch from Macbeth. I decided I wanted the mask to look really freaky! 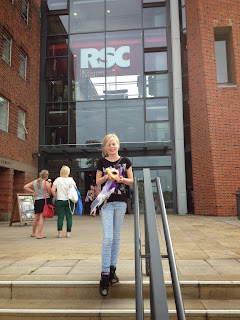 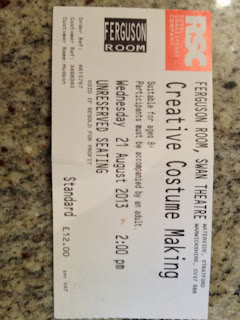